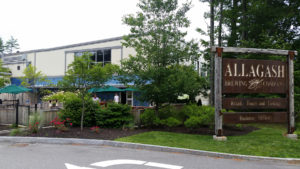 The 24th brewery visited during our cross-country beer discovery tour (click to read about the whole trip) was Allagash Brewing Company in Portland Maine. After lunch, and a few breweries in downtown Portland, we drove out to the west end of town where Allagash is located. It wasn’t terribly hard to find, it’s in a large industrial complex with a few other smaller nano-breweries located towards the entrance to the complex.

This was one of the top breweries that we visited on the roadtrip, and one with some of the highest expectations that were all met and exceeded. As you can see from the photos, the brewery has a large parking lot and during peek visiting seasons (summer time), they have someone outfront to greet you. We didn’t know what to expect, I thought it was the valet or something, but it’s someone to help 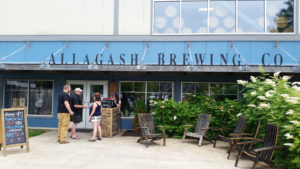 with the explaining how their taproom works and what you’ll find inside. They also offered parking suggestions when the lot gets full, which it almost was when we arrived.

The taproom is spacious, lots of tables and a large bar to sit at. The production facility is visible through the windows behind and along side of the taproom, and they do provide tours to customers on a frequent basis. The swag area is towards the front of the room, with some off-sale bottles to go and growler fills available. 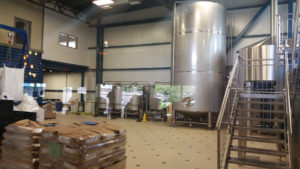 We we walked in, we found it to be really busy, but were able to find some chairs on the end of the bar. When we presented the tasting tickets to the server, he was happy to explain to us that it’s for full pours, not small tasters. So as you can see from the pictures below, they had four primary beers on draft and a seasonal one-off to sample.

We were amazed that the tickets we got provided us with free pours (a bit bigger than a small taster). The bartenders spent some time explaining each of the beers they offered, with tasting notes/cards available to take with you. The really cool thing is that when you go with more than one person, you can ask for some samples of their special beers that they don’t distribute or only have limited availability with on site. 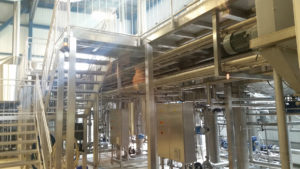 We took advantage of this and tried some of their rare beers and purchased a few before we left.

Overall this was one of the best brewery stops on the entire trip. We purchased some of the Cuvée d’Industrial bottles which were limited to 2/person and have added them to our rare-beer collection back home. The lineup of beers we sampled was strong and by far the best Belgian beers I’ve had. The reviews are below, left to right in the first picture. For me, the best of them was the Confluence, which was a hybrid fermentation blending their Belgian ale yeast with their special Brettanomyces yeast strain. I can’t speak enough about how excellent their staff treated us, the great learning environment, and laid back vibe they had. 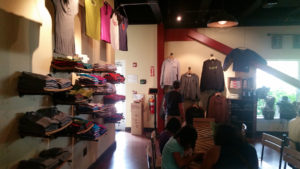 I would highly recommend this brewery to anyone that’s in the Portland Maine area and will definately make a return visit when I’m back on the east coast. 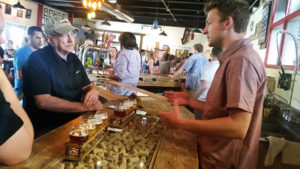